Military Takes Control of Guinea in a Coup 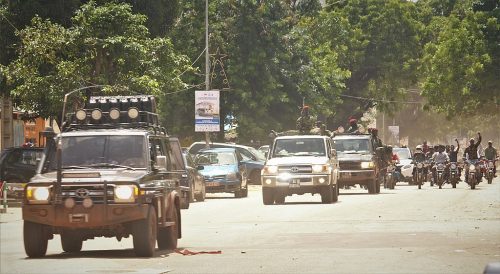 On Sunday, soldiers in Guinea's capital, Conakry, marched on the president's palace, arrested the president, and took control of the country. Colonel Mamady Doumbouya, who led the coup, later said that the country would soon have a new government.