Clocks keep the time in different ways. Some use crystals. Others, like phones and computers can use radio signals or check in with a time telling service. But some clocks use the electricity that powers them to keep the time. Clock radios, ovens, and microwaves are good examples. These are the clocks that are having the trouble.

But that’s not what’s been happening. Since late January, the electricity in Europe has been changing a teeny tiny bit more slowly (49.996 times per second instead of 50). That made the clocks run more slowly. And because the problem kept going on, the tiny bits now add up to about 6 minutes for a clock!

Why did the problem keep going on? Because Serbia and Kosovo don’t get along. Those two countries were supposed to work together to make electricity. If one country could not make enough, then the other one was supposed to help out. The two countries used to be part of the same country. But a war started between them about 20 years ago. 10 years ago Kosovo decided to become its own country. Serbia says it doesn’t even believe that Kosovo is a country.

So when Kosovo had trouble at a factory that makes power, Serbia was supposed to help out. But Serbia didn’t. The electricity from most of Europe goes into one big system. Because Kosovo couldn’t make enough electricity and Serbia wouldn’t help out, electricity in Europe slowed down, and so did the clocks.

Kosovo has now fixed the factory. The people controlling the electricity are going to make the electricity in Europe go a little bit faster for a while so that the clocks can catch up. The bigger problem is figuring out how to help Kosovo and Serbia solve their problems.

Recent elections have led to some new leaders, but also kept some current leaders in power. Today, NFK looks at election results from Costa Rica, Hungary, and Serbia. 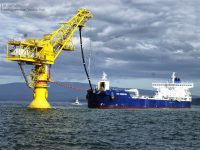