When you hear the word “museum”, you probably think about great works of art, special items from history, or cool displays about science. You probably don’t think about disgusting food. But Samuel West does. Disgusting food is the main idea behind his new museum.

The Disgusting Food Museum (DFM) shows off unusual and gross food items from around the world. In it, you will find things such as snails, bats, worms, guinea pigs, and Jell-O. Just in case the museum is too much for visitors, the ticket is also a special bag they can throw up in.

Dr. West says he got the idea for the museum when he was thinking about how important it was for the world to stop eating meat. Creating meat for people to eat is one of the big causes of climate change.  But some of the things that humans could eat instead of meat – such as insects – are often seen as disgusting.

Dr. West noticed that foods that are thought to be tasty in some parts of the world are often looked on as disgusting in others. That means that “disgusting” is not something that’s part of the food – it’s an idea that people bring to it. And ideas can be changed.

“I want people to question what they find disgusting,” Dr. West told the New York Times. And just maybe, he hopes, they’ll challenge themselves to try foods they wouldn’t normally try.

The DFM doesn’t just show gross foods, it allows visitors to smell, touch, and taste them. Dishes such as sauerkraut (pickled cabbage) juice, root beer, and licorice can be tasted by the visitors.

Some foods are kept in “smell jars” so that people can quickly sniff them. One display takes a picture of people as they smell surströmming – a fish dish that is one of the stinkiest foods in the world.

The museum thought carefully about what kinds of foods should be in the museum. They decided there were four main areas that make foods disgusting: taste, smell, feel, and the way the food is made.

The museum tried to include foods that were popular in many places around the world. When the news came out that the museum was opening, people in some countries got upset. They thought their food was “normal” and shouldn’t be included in a museum about gross food.

But these complaints really just make the museum’s point – ideas about what tastes good are different around the world. For example, Dr. West says, “If you give root beer to a Swede [person from Sweden] they will spit it out and say it tastes like toothpaste, but I think it’s delicious.”

The museum is fairly small and is not meant to last for a long time. The main museum in Malmo, Sweden will be open until next September. Another DFM just opened in Los Angeles, California and will run until February 17.

This is not Dr. West’s first museum. Before this, he created the “Museum of Failure” which celebrated famous failures, rather than successes. 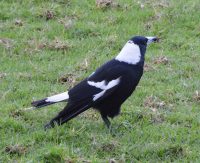