David Aguilar was born with a right arm that stops just below the elbow. He has a tiny right hand that doesn’t really have fingers. But his left arm works well and he’s learned to do almost everything he needs to do with that arm.

David often got teased and bullied at school because his right arm made him look different. “As a child I was very nervous to be in front of other guys because I was different,” he says, “But that didn’t stop me believing in my dreams.”

David is very creative and has been inventing things for years. When he was nine, he created a cap with a fan in it, to keep cool. He spent lots of time playing with Legos, building the Lego kits his parents bought him. Later, he would often take the models apart and build something new with the same pieces.

David began to wonder if he could use Legos to make a prosthetic (artificial) arm for himself. He tried when he was nine, but the arm wasn’t very useful. He didn’t give up, though. He just kept playing and experimenting with Lego.

In 2017, at the age of 18, he tried again. This time, he used a helicopter kit that he’d been given. It took about five days for him to build a working arm out of Lego. He could open or close a gripper at the end of the prosthetic arm by bending his right arm at the elbow. He could pick things up with the gripper. The arm was even strong enough for him to do pushups.

David put a video on YouTube showing off his first prosthetic arm. It got a lot of attention from all around the world. David, a big Star Wars fan, uses the name “Hand Solo” on YouTube.

Soon after that, David started working on a second prosthetic arm. This time he used a kit for a Lego jet. David called the second arm “MK-II” after the MK suits used by the superhero Iron Man. The MK-II had a motor that David could use to grip things tightly.

In the fall of 2018, David built a new arm, called MK-III. It took him about 10 hours. David is able to completely control its motor using just his right arm. David’s latest arm is the MK-IV, and it actually has fingers.

Besides creating with Legos, David is very interested in electronic music. Several videos on his YouTube channel show off the electronic dance music he’s created.

David has now started college in Barcelona. He’s studying bioengineering – learning how to replace damaged or missing parts of the body. David wants to learn how to make prosthetics for people who need them.

He’s also hoping to inspire others. One of David’s videos ends with this message: “All dreams are possible.” 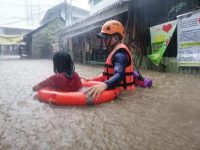