The statues that have been moved are sphinxes. A sphinx statue has the body of a lion and the head of another creature. The sphinxes that were moved had the heads of rams – male sheep.

The sphinxes were among the more than 1,000 statues at the Temple of Karnak in Luxor, Egypt. The Temple of Karnak was begun over 4,000 years ago and building continued in stages for roughly 2,000 years. The temple covers over 247 acres (0.4 square miles, 1 square kilometer).

The government has placed the sphinxes in the center of the roundabout in Tahrir Square. Tahrir Square is a famous, busy square in downtown Cairo.

The sphinxes join a large stone column that the government placed in the square in February. The column was dug out from another archeological location in Egypt.

A group of archeologists and others have sued members of the Egyptian government. They say that the government is damaging Karnak temple by removing four important sphinxes from it. The government says the sphinxes were taken from inside the temple, and aren’t part of the more famous ones that line the entryways outside the Temple.

Khaled El-Enany, Egypt’s Minister of antiquities (ancient things) points out that several European capitals like Rome, Paris, and London have famous Egyptian statues on display in major tourist areas. He believes that bringing the ancient statues to Tahrir Square will attract tourists and “give it historical value”.

Monica Hanna, who is part of the group that is suing the government, says the move breaks an international agreement designed to protect ancient items. She worries that the sphinxes will be damaged if they remain in Cairo.

“These statues are made from sandstone and come from Luxor, where the weather is dry,” she says. “When they are placed in Cairo, the second most polluted city in the world, that will destroy them.” Ms. Hanna has suggested that instead, the government should use new sphinxes made to look like the old ones.

Other people are complaining about bringing the sphinxes to the square for other reasons. Tahrir Square was the central point of a massive protest movement in Egypt in 2011. That protest forced out longtime President Hosni Mubarak.

The square is important to many people as a symbol of Egypt’s fight for freedom. But that’s not a symbol that the government wants to preserve. For years now, Tahrir Square has been carefully watched by police. Protests are not allowed.

The four sphinxes are currently in large wooden boxes in the square. Mr. El-Enany says the sphinxes will remain in their boxes until they are revealed.

It’s not clear when that might happen. Egypt is still in lockdown, though many of the rules have been relaxed for the holy month of Ramadan. 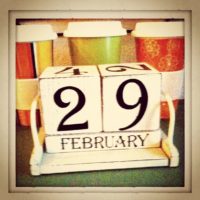 In today’s news roundup, US President Donald Trump visits India, longtime president of Egypt Hosni Mubarak dies, and today, February 29, is leap day – the extra day that only comes around once every four years (or so).

In today’s news roundup, the United Kingdom’s Parliament starts up again, Egypt cracks down on protests, and a koala that was hit by a car on a highway makes an amazing recovery.