On Monday, US President Joe Biden announced a greater focus on a special US government effort to fight cancer. Mr. Biden hopes his “Cancer Moonshot” will cut US deaths from cancer in half in the next 25 years.

Cancer is a group of diseases which cause about 1/8 of all human deaths. Scientists and doctors have been studying and fighting cancer for years. They are making progress, but cancer is still hard to find and treat. People often talk about “cancer” as if it’s one thing, but there are more than 100 kinds of cancers that affect humans.

On Monday, US President Joe Biden announced a greater focus on a special US government effort to fight cancer (above). Mr. Biden hopes his “Cancer Moonshot” will cut US deaths from cancer in half in the next 25 years.

Monday marked 60 years since President John F. Kennedy announced a huge project to send astronauts to the moon. Since then, the word “moonshot” has been used to describe large projects with goals that are important, but hard to meet.

Mr. Biden used the opportunity to push his “Cancer Moonshot”, which has a goal of cutting US deaths from cancer by 50% in 25 years. Every year, around 600,000 Americans die from cancer. Mr. Biden believes the effort can “end cancer as we know it”.

Cancer is a very personal subject for Mr. Biden. His son, Beau, died from brain cancer in 2015. The cancer moonshot actually began soon after Beau died. At the time, Mr. Biden was vice president and Barack Obama was president.

Now Mr. Biden is hoping to add new energy to the project. As part of that effort, Mr. Biden announced plans to lower drug prices. He also said he plans to work to make sure that more medicines and medical supplies are made in the US.

In February, Mr. Biden announced a new government research group called ARPA-H (Advanced Research Projects Agency for Health). The main job of ARPA-H is to look for treatments and cures for cancer, diabetes, and other diseases.

ARPA-H is part of the government’s National Institutes of Health (NIH). But it has special rules that will allow it to test out many different ideas quickly, even if the ideas have a chance of failing. Some people are worried that the agency may wind up taking money away from NIH. But for now, Congress has set aside $1 billion for ARPA-H.

Since February, Mr. Biden has been working to fill positions inside the new agency. Mr. Biden announced that Dr. Renee Wegrzyn would be the new leader of ARPA-H. Dr. Wegrzyn has a background in high-tech medical research. She has also worked for the government before.

Medical research has offered many promising advances recently. In the last few years, scientists have made progress on detecting cancers with simple blood tests. Catching and treating cancers early is one good way to lower the death rate.

There are plenty of challenges ahead, but many experts agree with Mr. Biden that the goal is “doable”. Donald A. Berry is a researcher at a cancer center in Texas. He says that if he had to bet on whether cancer deaths could be cut by 50% in 25 years, “I would bet yes.” 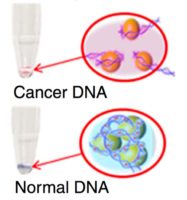