One thing that makes social media different from older kinds of media like newspapers and TV is that ordinary users are the ones that create the “content” – what gets shown on the website. People put information and pictures about what they are doing on the web site. They can “follow” friends to see what they are doing or saying. Often they can play games and take quizzes on the site, too. 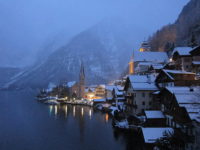 Help My Dad! – Social Media Out Of Control 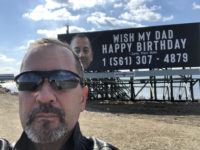 Two stories in the news recently about sons trying to do something nice for their fathers show both how powerful social media can be, and how quickly it can get out of control. 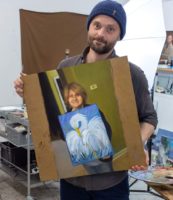 Matthew Decker posted a picture of his mom’s painting online, hoping to show her that people would like it. The painting has now been seen millions of times, and repainted by dozens of artists.