On Saturday, over 40 people were killed after the government of Syria dropped bombs on the city of Douma. The bombs may have carried deadly chemicals  . The US and other countries are thinking about how they will respond to the attack.

People fighting against the government (rebels) say that Syria dropped bombs with poison gas on the city. They said that over 40 people, including children, were killed. About 500 other people needed help from doctors. The people seemed to have choked or had trouble breathing because of chemicals in the bombs.

Syria says that it did not use chemical weapons. Russia, which is fighting with Syria, agrees.

US president Donald Trump has said that he is thinking about how the US will respond to the attack. He says that there will be a “big price to pay.” After Syria used chemical weapons in 2017, Mr. Trump fired missiles at an airport used by the Syrian Air Force.

French president Emmanuel Macron has said that France will join the US in a “strong” response. Some people are worried that an attack by the US will make the war bigger. It could also make things more difficult between the US and Russia.

Douma is in the Eastern Ghouta area where Syria has been trying to get rid of the rebels. It is one of the few places in Eastern Ghouta where the government is not in control. The day after the attack, the rebels agreed to leave the area.

The US, France, and the UK   shot missiles at three places in Syria early Saturday morning. The countries attacked because they believe Syria used chemical weapons   against its own people last week.

President Donald Trump called Assad’s attacks on Douma “the crimes of a monster.” He blamed Russia for helping Syria. Syria says it did not use chemical weapons. Russia agrees with Syria. Both countries say the US, France, and the UK were wrong to attack Syria.

The US Army says that the missiles were aimed at places where Syria has made or kept chemical weapons. They say they chose targets that were far away from Syria’s people.

Many people are worried that the war in Syria may get bigger. Russia has warned that it will respond to the attacks.

Syrian and Russian planes have been dropping lots of bombs on an area near Syria’s capital this week. The bombs are killing hundreds of people who are not soldiers, including children.

On Sunday, the Taliban took control of Kabul, Afghanistan’s capital. The Taliban now controls the entire country. Many people are shocked at how quickly the Taliban defeated the Afghan army, and are worried about the future of the country’s people. 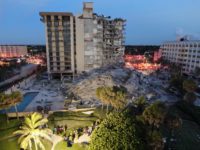 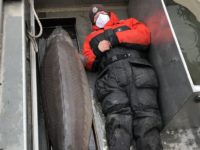