An Iranian reporter who has been held by Australia on Manus Island for over six years has finally left the island on a trip to New Zealand. The award-winning author says he’ll never return.

Behrouz Boochani, 35, is a reporter from Iran. He left Iran in 2013 when many of the people he worked with were arrested. He wrote about the arrest of his friends, which freed them, but put him in danger.

Mr. Boochani made it to Indonesia and then tried to get to Australia in a boat with many other refugees. Refugees are people who have left their homes to get away from danger or violence.

From 2013, Mr. Boochani was kept in a refugee camp on Manus Island, Papua New Guinea. Mr. Boochani calls the camp a prison.

While he was there, Mr. Boochani was able to report on conditions in the camp with a cell phone that he kept secret. His reports helped spread the word about the way some of the refugees were mistreated in the camp.

In 2016, Papua New Guinea’s highest court said that Australia’s refugee camp on Manus Island was against the law. When the camp was closed in November 2017, Mr. Boochani and the other refugees still weren’t able to leave Manus Island because they didn’t have travel documents.

But Mr. Boochani still had a cell phone. Bit by bit, by sending messages from his phone, Mr. Boochani wrote a book about his experiences called, “No Friend But the Mountains”. Mr. Boochani’s book was translated into English by Omid Tofighian.

After his book came out in July of 2018, it won several important book prizes in Australia. But Mr. Boochani still couldn’t leave Manus Island.

Mr. Boochani is currently a person without a country. He is not sure where he will wind up in the future. Though he might be interested in moving to New Zealand, New Zealand has said that he cannot stay beyond the end of his travel permission.

The United States (US) has said that Mr. Boochani can resettle there, but it’s not clear when he might be allowed to go. Many refugees who have been accepted into the US have had to wait for months.

“After more than six years, I am very, very tired,” he told the Guardian newspaper. “Everyone in Manus carries so many painful memories, we can never leave them on that island…but I am happy in my heart. I feel free.”

About 260 refugees and others remain on Manus Island.

Migrant Children Held in Bad Conditions in US 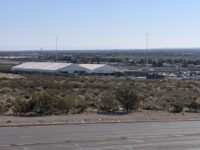 The US government has been holding hundreds of migrant children in dirty and unhealthy conditions. The children have either crossed into the US on their own or been separated from their parents.

In 2017, over 700,000 Rohingya people left Myanmar, chased out by violence. The Rohingya ran to Bangladesh for safety. Now, they are crowded in camps, trying to prepare for the coming rainy season.

Children are being separated from their parents as families try to enter the US. Under President Trump’s plan, people trying to enter the US without permission are treated like criminals.