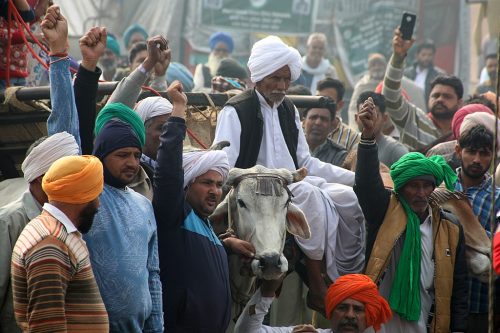 Tens of thousands of farmers blocked highways and railroad lines across India on Monday, continuing their protest against the government's new farming laws. The protesting farmers were supported by the country's opposition political parties.

Last week, the United Nations released the most complete report ever created on the global problem of food waste. It found that the world wastes about 17% of all the food produced. That's about a billion tons of food a year.