Yesterday, February 1, was the birth date of the American poet Langston Hughes. Though many people know the month and day of Mr. Hughes’s birth, until last August, almost everyone got the year wrong.

Langston Hughes is one of America’s most famous poets. Mr. Hughes was a black man growing up in a time when people of color in America were treated very unfairly. His poems, books, plays, and other writings were an important voice for ordinary African-Americans.

At that time, most non-whites were made to feel that they were not as good as whites. But Mr. Hughes helped spread the idea that black people should express themselves “without fear or shame.”

Mr. Hughes is reported to have been born in 1902. That’s what it says on Wikipedia, for example, and in well-known books about the writer’s life. It’s even on the stone that marks the place where Mr. Hughes is buried.

But last August, college professor Eric McHenry turned up an interesting fact – Mr. Hughes was actually born a year before everyone thought he was. Mr. McHenry, who is also a poet, teaches at Washburn College in Topeka, Kansas.

Mr. McHenry was looking at a website that showed thousands of old newspapers. He was surprised when he came across a 1901 article that said, “Little Langston Hughes has been quite ill for the last two weeks. He is improving.”

But there are no records of his birth. Mr. Hughes was born in Joplin, Missouri at a time when Missouri didn’t keep official records of every birth.

So how did the mistake happen? For now, that’s a mystery. Mr. McHenry wonders if Mr. Hughes’s mother changed his age so that Langston would be older and stronger when he went to school. This might have been important since he was a black child being sent to a white school. It is also possible that Mr. Hughes changed the date himself later, perhaps so he wouldn’t be forced to join the Army for World War I.

Does it matter? Probably not. The news is unusual and surprising, but it doesn’t change who Langston Hughes was or the important effects of his work.

Mr. McHenry sees it as a lesson about how much we don’t know about the past. He says there’s no reason other people can’t do the same thing he did – use the internet to turn up new information about an important person in history.

In today’s news roundup, a fire destroys most of Europe’s largest refugee camp, protests continue in Belarus despite a harsh government reaction, and Colin Kaepernick is back in the game – at least a video game.

Protests in the US over police violence against Black people have continued for nearly three months, stirred up repeatedly by new cases of police violence. The most recent case involved a Black man shot in the back by a white police officer.

Harry Potter author J.K. Rowling has announced that she is publishing online a fairy tale that she wrote for her children. The story, called “The Ickabog”, will be published for free in parts on its own website. 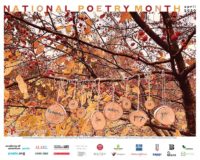 Cooped up, locked down, in your homes,
April is the month to celebrate poems.
A group of poets, called the AAP,
Reminds us to read and share poetry.

Today is International Women’s Day – a day to celebrate women. The day reminds people that the work of women is important, that women face special problems, and that women are still not treated fairly in many places in the world.