Global warming  often makes us think of rising temperatures in the air or on land. But most of the heat from global warming – about 93% – goes into the oceans. That means that measuring air or land temperature alone doesn’t give a clear picture of how much the Earth is heating up.

The Earth’s oceans have warmed up much more than expected. Temperatures from 2014 were 40 to 50% higher than those reported in 2007. Each of the last three years has set a record for the warmest year ever recorded in the oceans.

Warmer oceans threaten important areas for sea life, such as coral reefs. But, because water expands as it heats up, hotter oceans also mean rising sea levels. Sea levels have risen by about 3.5 inches (8.8 centimeters) since 1993, and the problem is expected to get worse. One big reason is melting ice in some of the coldest spots on Earth.

Antarctica, the ice-covered continent at the Earth’s South Pole, is losing ice six times faster than before. In the past, as Antarctica lost ice, it also got snow to make up for the ice. But now the falling snow has no chance of keeping up with the melting ice.

Greenland, the world’s largest island, lies near the North Pole. This arctic area has been warming up almost twice as fast as the rest of the world. Now scientists are warning that the thick sheet of ice that covers Greenland has been melting much faster than expected.

In 2012, the ice melted four times faster than it did in 2003. Like Antarctica, scientists have learned that some parts of Greenland they thought were safe are now in danger of melting. If Greenland’s melting is not controlled, it will make rising sea levels even higher.

Glaciers are huge masses of ice and snow, packed down over long periods of time into a slowly moving river of ice. Glaciers are so big and heavy that they carve the land and can carry huge rocks as they move.

Scientists have learned that glaciers in North America are melting four times faster than they were 10 years ago. Scientists say this increase is because of changes in weather patterns as well as global warming.

Most of the fresh (non-salty) water in the world is stored in glaciers. Many places in North America count on glaciers as a water supply for rivers and streams. As these glaciers melt, it could mean that many places do not have the water they need for farming or drinking. 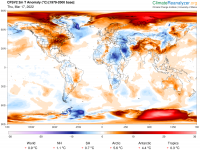 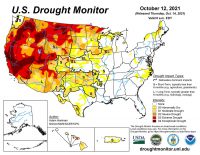