Lamu is an island off the northern coast of Kenya. The island has many expert boat builders. Mainly, they make dhows. A dhow is a special wooden sailing boat with a sail in the shape of a triangle. Dhows have been made and sailed in Kenya for over 1,000 years.

A never-ending stream of plastic washes up daily on Lamu’s beaches. In 2015, the people of Lamu held a beach cleanup to collect the plastic waste. By the end, they had collected 66,000 pounds (30,000 kilograms) of plastic waste, most of it single-use.

“Single-use” means something that is made to be used once and thrown away. Single-use plastics are a huge part of the 17 trillion pounds (7.72 trillion kilograms) of plastic that flow into the oceans every year.

In June of 2016, Ben Morison decided to try to build a boat made just from plastic trash collected along beaches and roads in Kenya. He put together a team to help design and build the boat.

They had to collect and recycle single-use plastic into new materials for boat building. Then they got local Lamu boat builders to use the plastic to build a dhow. The finished boat used over 22,000 pounds (10,000 kilograms) of plastic.

It took the team three years to complete the FlipFlopi, a 30-foot (9-meter) all-plastic dhow. The only wooden part is the mast – the large pole that holds the sail up. Their method doesn’t require any fancy equipment. And now that they know how to do it, the method can be copied quickly and easily.

Why call it Flipflopi? The outside of the boat is covered with over 30,000 flip-flops, an item commonly found on Kenya’s beaches.

On January 24, the Flipflopi left Lamu on its 310-mile (500-kilometer) trip to Stone Town, Zanzibar, Tanzania. The people on the Flipflopi’s crew were pleased with the way the boat sailed. They had strong winds and waves on the first day, but the Flipflopi had no problems.

But the goal wasn’t just to survive the trip. Along the way the Flipflopi stopped and the team met with members of government and other groups. They also took part in trash cleanups and spoke with students from many different schools.

Even before the Flipflopi got close to Zanzibar, the team was thrilled with the success of the trip. They are now thinking about next steps. Dipesh Pabari, one of the project’s leaders, hopes to build another plastic boat and sail all the way to Cape Town, South Africa. 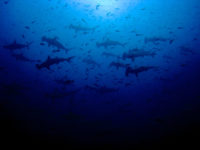