A 17-year-old created one of the internet’s most-viewed videos by hiding a political message inside a video offering beauty tips. Feroza Aziz began her video for the social media  site TikTok by talking about how to curl eyelashes. But she quickly changed subjects and began talking about China’s treatment of Muslims.

Ms. Aziz said she made the video look like a beauty video to keep it from getting blocked by TikTok. TikTok is run by a Chinese company. Many people believe that TikTok blocks videos that make China look bad.

In the video, Ms. Aziz spoke about the horrible treatment of hundreds of thousands of Muslims who have been put into camps in Xinjiang, China. She posted two more videos encouraging people to spread the word about the situation in Xinjiang.

But as Ms. Aziz’s videos were becoming popular, TikTok suddenly blocked her account. The company later unblocked Ms. Aziz, saying that her account wasn’t blocked because of the video. Ms. Aziz says she doesn’t believe that.

Ms. Aziz’s first video has been seen by over 2.1 million people on TikTok. Even more people have seen it on other social media sites.

Last Monday, thieves broke into the Green Vault museum in Dresden, Germany. The thieves stole jewels that once belonged to Augustus the Strong, a ruler of Saxony (an old kingdom in Germany). The museum describes the missing objects, which are from the 1700s, as “priceless”.

The thieves broke a window to enter the museum. Then they broke into several display cases and quickly grabbed the jewels. The car that the thieves used for their escape was found later. It had been set on fire.

The police are still working on the case, which they say is similar to a 2017 robbery in Berlin, Germany. A reward of $550,000 has been offered for the jewels.

The museum is worried that the jewels may never be recovered. The value of the items doesn’t come just from the jewels themselves, but from the importance of the jewels in history.

A news report from Moscow, Russia suggests that farmers at RusMoloko Farm are working on an unusual plan to get more milk from their cows. They are giving the cows virtual reality (VR) glasses. Virtual reality glasses show images that seem so real that the mind is tricked.

The farmers are testing two ideas: 1. That virtual reality can calm cows down, and 2. That cows will give more milk if they are less anxious (worried).

The report says the VR glasses have been adjusted to work well for cows. The cows are being shown images of green fields in the summertime. The farmers report that the devices seem to have improved the “mood of the herd”.

The next part of the experiment is meant to study whether calmer cows actually give more milk.

Some people have wondered whether the story is really true or if it’s just a way for the farm to get some attention.

Lil Nas X Rides His Horse to Number One

The song “Old Town Road” by Lil Nas X is a country song. Or maybe a rap song. People have different ideas, but no matter what you call it, it has become the number one song in the US. 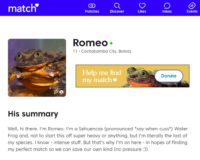 Thieves in Sweden have stolen royal crowns from a display case in a church. In a daring robbery, thieves smashed the case and took the treasures away in a motorboat.

After weeks of a very difficult Covid-19 lockdown, some people in Shanghai, China have been allowed to leave their homes. But the government says millions more must remain at home. The outbreak is making people question China’s “zero-Covid” program.